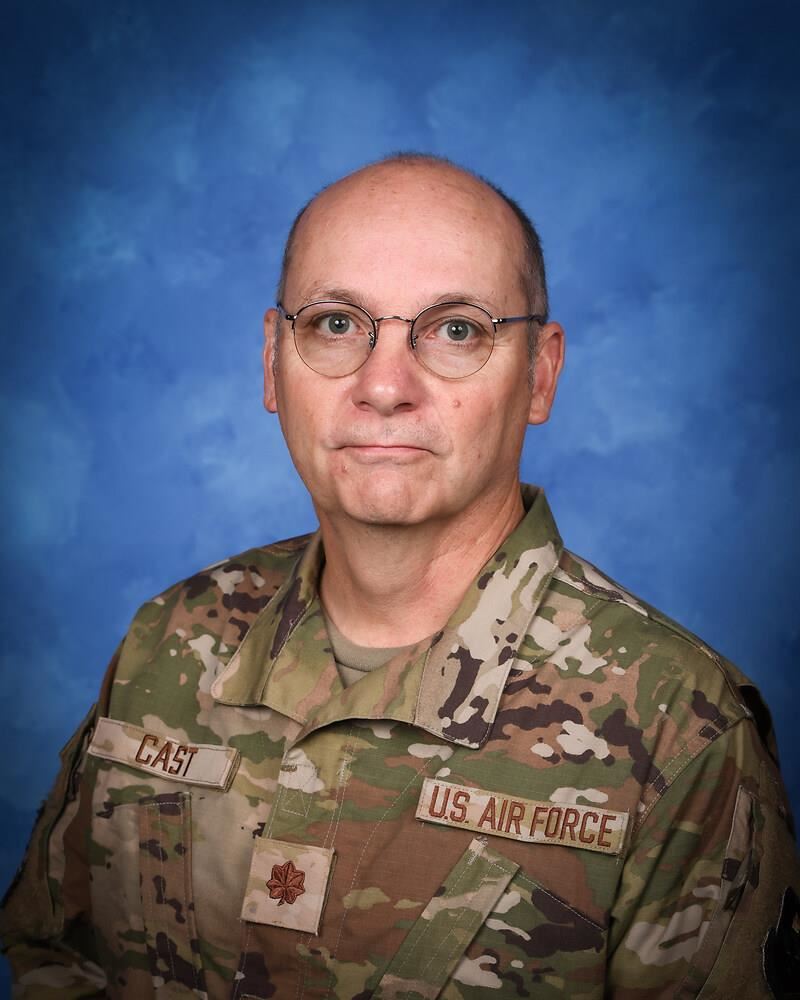 Maj Cast is from Smyrna, TN. After graduating from Smyrna High School, he earned a Bachelor’s of Science degree from Middle Tennessee State University, and commissioned as a 2nd Lieutenant into the Untied States Air Force.  Commissioned as an Intelligence Officer, Maj Cast was later assigned as a Special Agent in the Office of Special Investigations focusing on federal crime and counterintelligence.  Maj Cast was deployed multiple times supporting multiple operations and retired from his last assignment as an instructor at the United States Air Force Academy, Colorado Springs, CO, in Aug, 2012.  Maj Cast has been teaching AFJROTC since 2012.